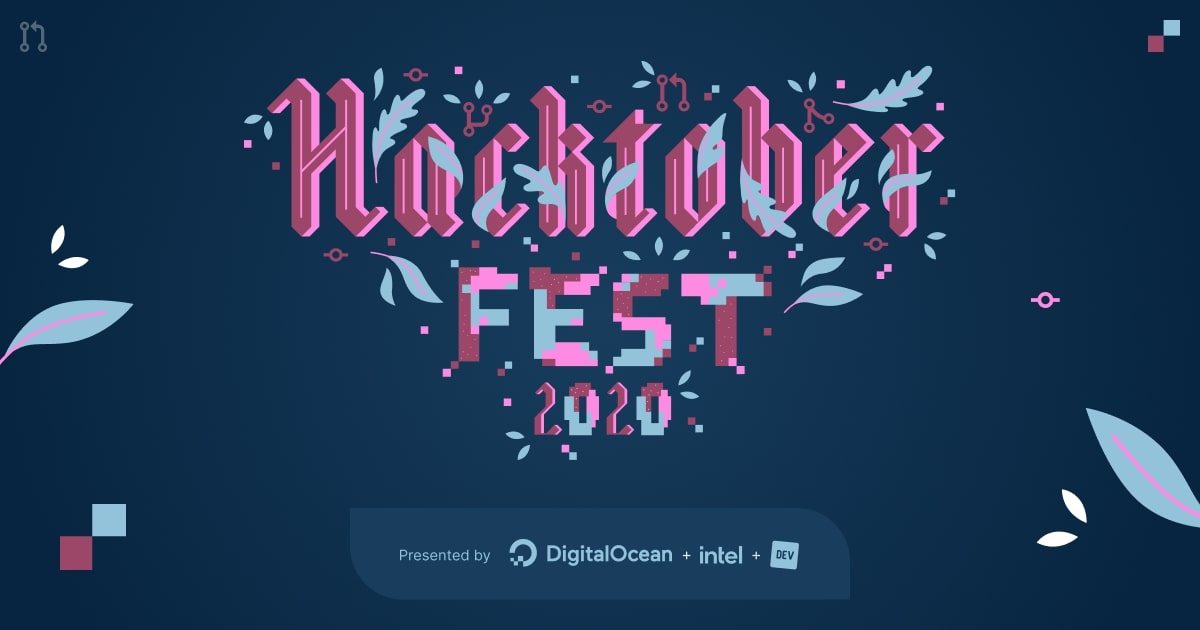 
• Bug fixes in Joplin - an open source note-taking and to-do application.
• Contributed to express-autodocs which is a github-action that automatically scans your codebase for express APIs and generates a documentation website.
• Built a parser to accept JSDoc like syntax instead of JSON comments for better code definitions and cleaner code.
• Added as an ideas, planning & feedback contributor to express-autodocs due to my coding contributions and optimization suggestions. 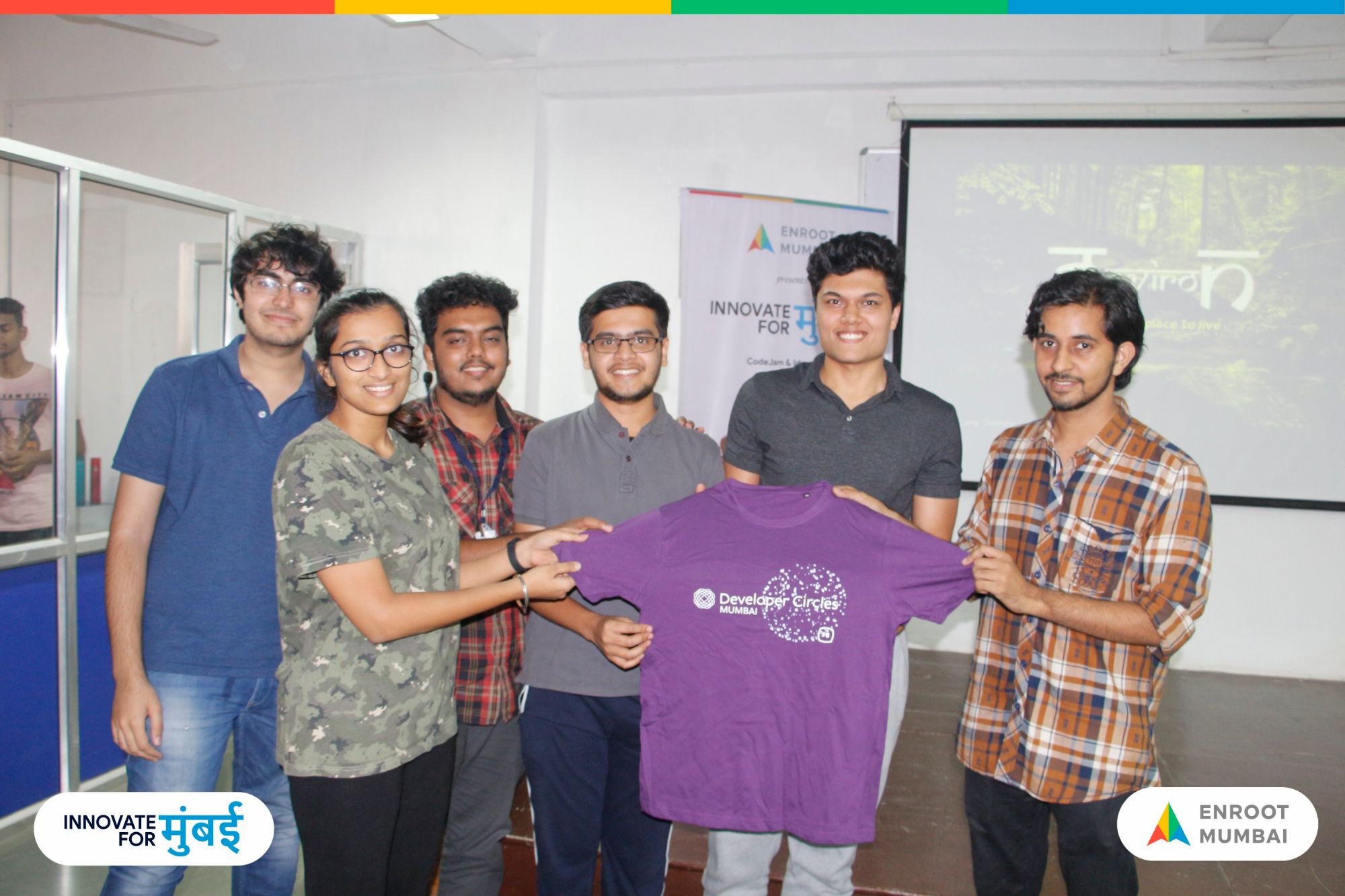 • Received the 1st place for the NLP based News Predictor at the Enroot Mumbai Smart City Hackathon in Oct 2018.
• As a potent tool for identifying and curbing the false propaganda of fake news, the focus of the project revolved around developing a web application using Django, which would allow the users to enter any news related text or a related image of their choice to assess the authenticity of the information being sought.
• We made use of Tesseract Optical Character Recognition (OCR), Gaussian Blurring and Canny Edge detection to scan a given news article and predict its legitimacy.
• Integrated Google Action, thereby facilitating
Google Assistant to seamlessly interface with our model. In addition to this, we developed a deep neural network using bidirectional LSTMs to train our model by feeding close to 7000 articles, with appropriate labeling as real or fake. Eventually, this enabled us to clock a 90% accuracy after integrating multiple advanced text pre-processing mechanisms. 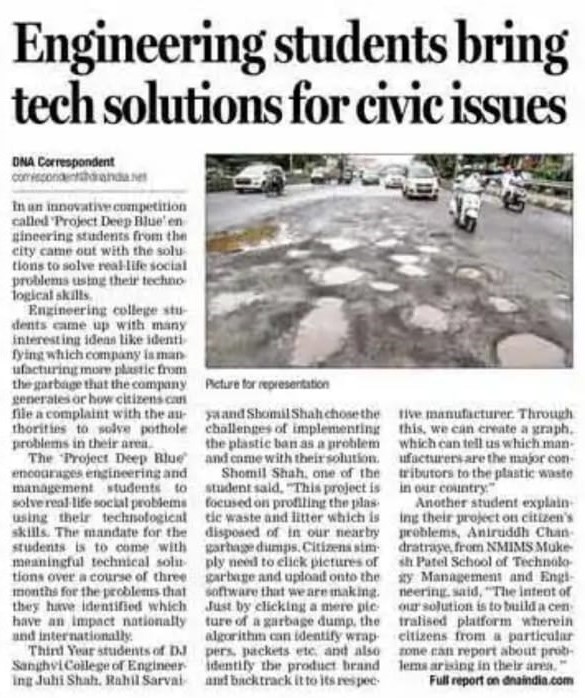 
• Reached top 40/150 teams of the inter-college competition ‘Project Deep Blue’ in Feb 2019 for the Plastic Waste Profiling software.
• Developed software which accepts the image of garbage clicked by a user as input and generates a graphical analysis of the various plastic materials in the picture and subsequently sends a notification to the manufacturer. The object detection feature was developed using Tensorflow and OCR.
• We presented this project in the inter-collegiate competition ‘Project Deep Blue’, as the use of plastic is a hotly debated issue in Mumbai and across the world today.
• Our efforts enabled us to win a semi-finalist spot and an abstract of our project was published in several leading newspapers in India.